Mommy, …can we bath the Cat?

This is our 3mth old kitten Blaize lying peacefully and contentedly on my bed this morning, Sunday 20 January, looking so pretty I grabbed my cell phone and snapped a picture of her. Her day was to turn out a bit less peaceful and content…

It’s a Sunday afternoon and my daughter is playing with her new BFF, and after Barbies, Zoobles and whatever else they have reached a point of boredom and hatched a plan of what would be fun to do next….

“Mommy, …can we bath the cat?”. I am in my room working on my iPad, I looked up and asked “do you want to be bleeding and taken to the doctor?”. She looks confused, no why? Because Cat’s hate water and they especially don’t like being bathed. The cat will scratch u to pieces. “But can we just wash its feet then because its feet are dirty?” No, the cat won’t like it and will attack you. They leave my room and I carry on with my iPad.

About 5min later that ‘mother’s intuition’ starts sounding the alarm…. And a mom’s supernatural hearing kicks in as i listen for whats going on. I can hear faint giggling behind a closed door on the other side of the house. I’m sure they’re in the bathroom and the door is closed….this can only mean one thing.

I grab my cell ph and flip it to camera because I know when I open this door there’s going to be a scene I’m going to wish I had captured on film. 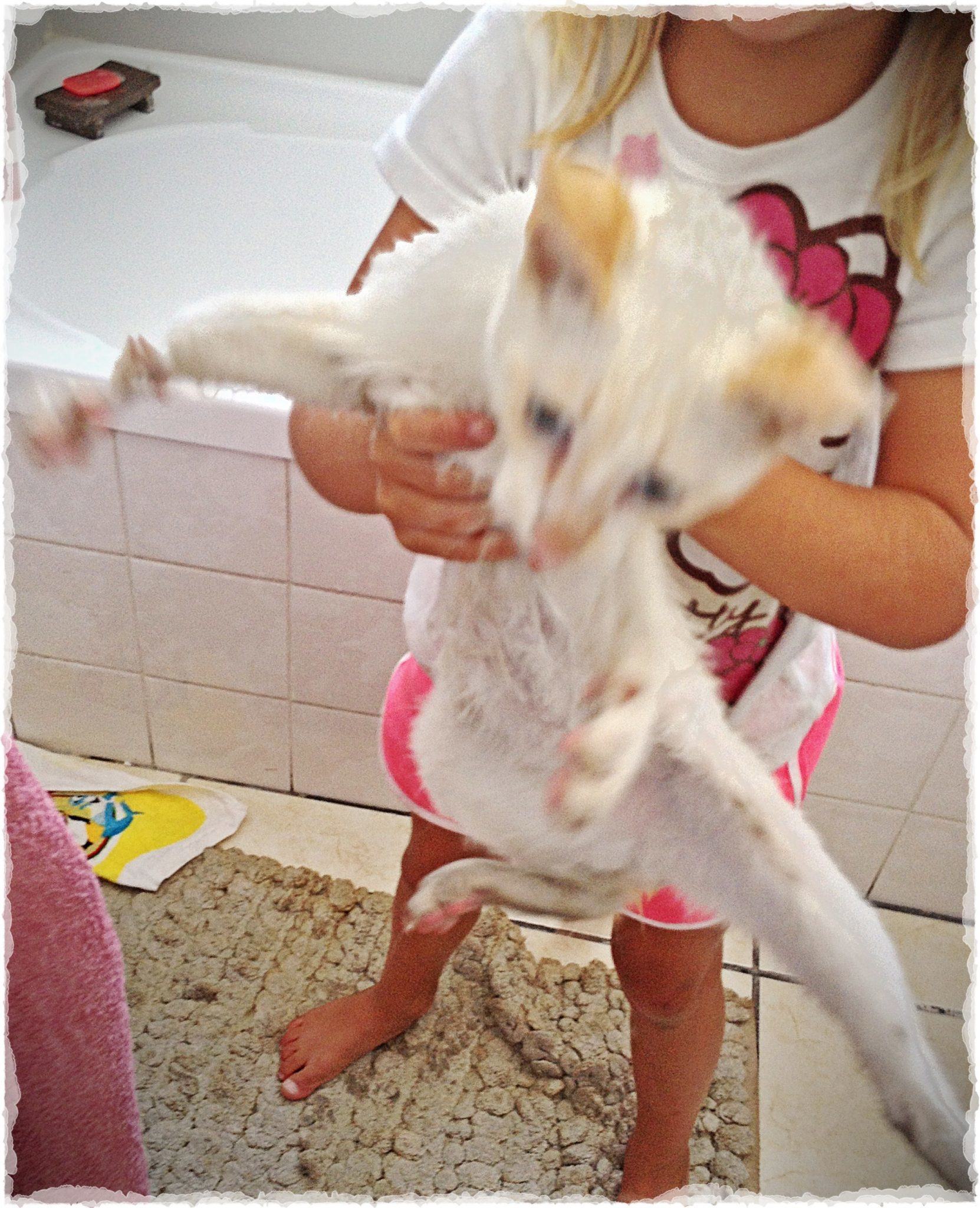 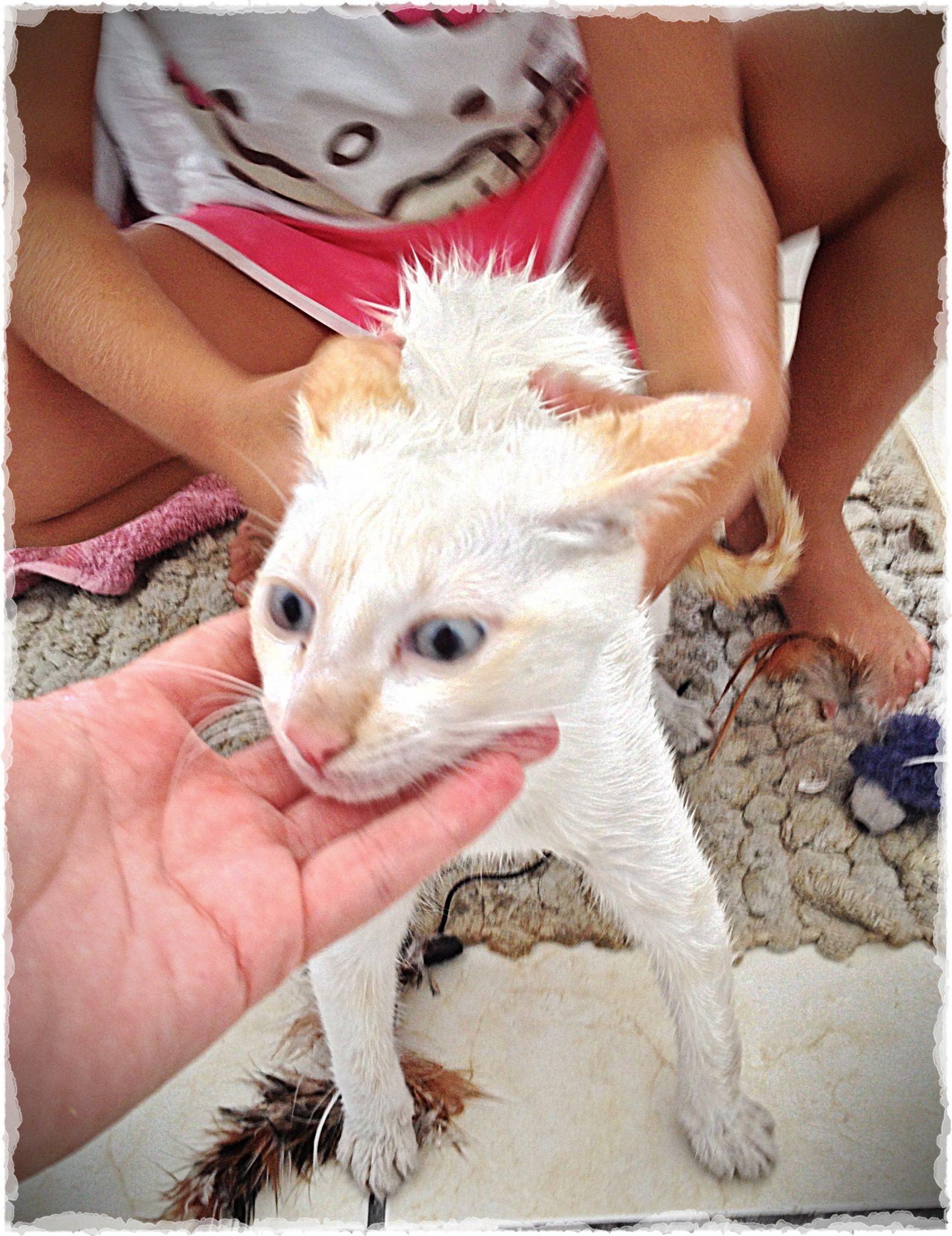 I open the door, and there is a very wet irate kitty squirming around in the clutches of a brazen 7yr old who’s looking very chuffed with herself. As I’m quickly snapping the first shot and scolding them simultaneously, Alex the friend who seems to be the one washing the cat asks if I don’t have some soap or shampoo for the cat. Before I can put my phone down and grab the poor thing she plonks it back in the bath and starts washing it some more! I scoop the poor terrified kitten out, while it wails and wriggles to get away, grab a towel, and my daughter helps me to stop it fleeing the scene and wrap the towel around it. She thought this was the cherry on the cake, holding the wet kitty like a baby in her arms wrapped in the towel.

It didn’t last long, well long enough for me to get another quick picture or two, and then it wriggled out, still dripping wet, and fled for the garden disappearing into the hedge where the children wouldn’t find it. 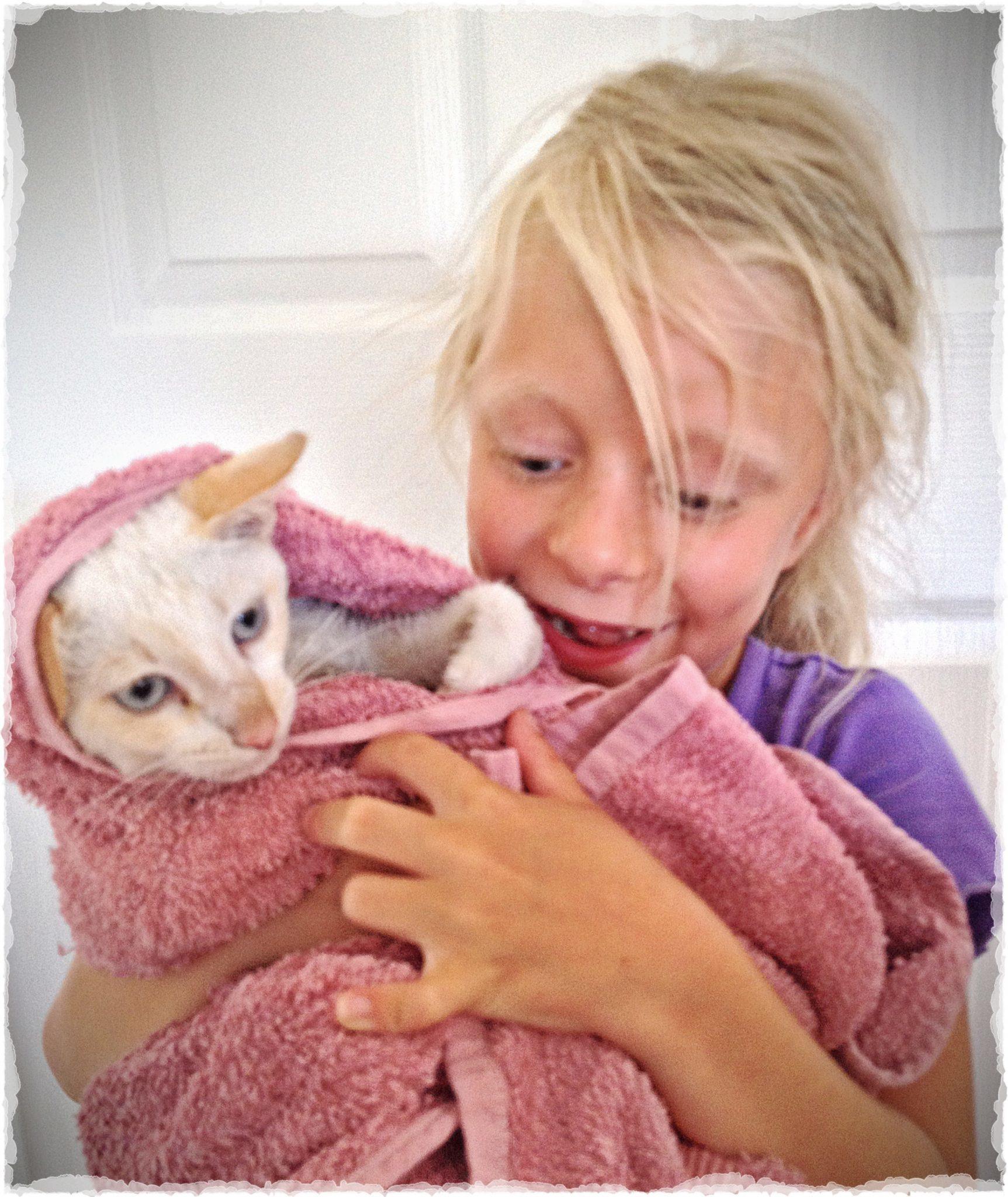